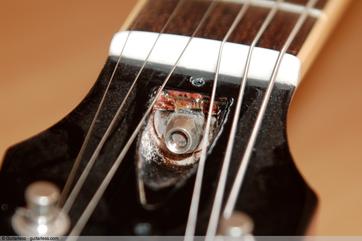 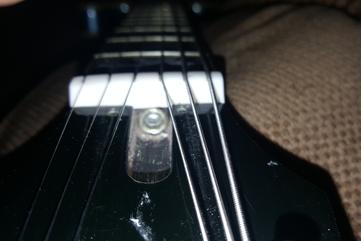 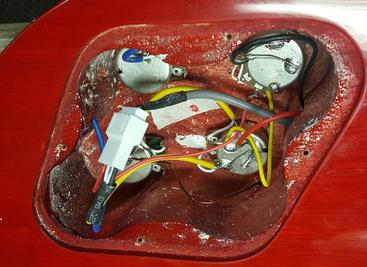 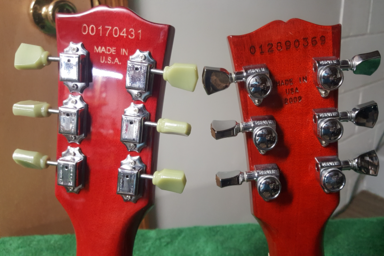 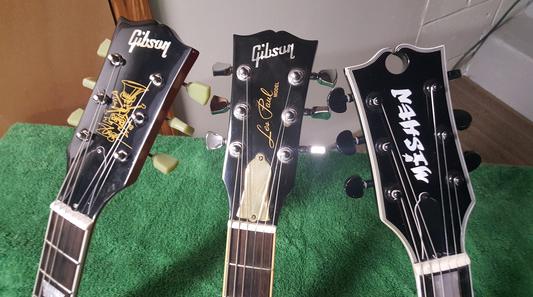 How to Spot a Fake Gibson

Counterfeit guitars from Asia (primarily China) have been around for at least a couple of decades, but today’s offerings are getting harder to spot.  Also, internet merchants make it very easy to obtain counterfeits, and even offer custom builds.  Most people who buy from these merchants know what they are getting, and don’t intend to fool anyone by re-selling as the genuine article, but there are those who do, and that is where the buyer needs to be aware.

Gibsons aren’t the only guitars being counterfeited, but they are common, and easier to spot than Fenders.  Fenders are essentially component guitars, and those components can easily be made and assembled.  Also, Fenders have so many models, trim levels, countries of origin, etc, that it is hard for even an expert to keep up, so for now I’ll focus on Gibsons, in particular, Les Pauls.

In the early days of fake Gibsons (often referred to as Chibsons), the tell-tail feature was that the fakes had a three-screw truss-rod cover, and real Gibsons used two-screw, but the counterfeiters caught on to that long ago.  Following are some red flags to help you spot a fake.

1.       If the deal seems too good to be true, it probably is.  If someone is selling a Les Paul Standard or Slash Signature model for $500, beware.

OK, now let’s get to specific features that differentiate fakes from real.

1.       The bridge: This is probably the easiest difference to spot.  Most fakes have the imported style bridge, which has a ¼” screw post that can be adjusted using a flat screwdriver.  Real Gibson bridges have a very small post, and adjustment is made using only the thumbwheels.

2.       Fret binding nibs:  With the exception of 2014, all Gibsons with bound fingerboards have fret nibs.  The frets do not extend over the binding, rather they are cut off inside the bound portion, and the binding is cut around the ends of the fret.  This used to be a dead giveaway, but I have seen fakes now with nibs, so it is no longer a sure sign.  Also, guitars that have been re-fretted often do not have nibs.

3.       Neck construction:  With few exceptions, Les Paul necks are one piece with “wings” on each side of the headstock.  Gibson has never used scarf joint neck construction.

4.       Maple top:  Not all Les Pauls have a mahogany body with a maple top, but those that do utilize a thick solid carved cap, not a veneer.  The cap is 5/8”-3/4” at its thickest point in the center, tapering to about ¼” at the edges.  On models with transparent finishes, you can see the maple as a lighter contrasting strip of wood just below the binding in the cutout, next to the neck.  On veneered tops the center line between the bookmatched sides often appears fuzzy.  Solid wood tops usually have a nice, well-defined seam.

5.       Fingerboards:  In recent years, Gibson has offered some different fingerboard woods, but Indian Rosewood has been a mainstay for most models over the years.  The exception is the Les Paul Custom and Supreme models, which use an ebony board.  If a Custom has a rosewood fingerboard, it’s probably fake.

6.       Binding and plastics:  Most recent Gibson binding is darker with more of a pinkish hue.  Fakes often use lighter, more yellow colored.  The control covers on the back of Gibsons are shiny plastic.  I’ve seen some fakes with dull or pebbled covers.

The following indicators require you to remove covers see inside.

8.       Truss rod:  For now at least, this is the surest way to tell a fake from the real thing.  All Gibsons use a traditional style truss rod with a 5/16” nut.  Fakes have a female hex nut that takes an allen wrench.

9.       Pickups:  Gibson pickups use a silver-colored backplate.  If the pickups are 2-conductor they will use wire-braided leads.  Pickups in fakes often have brass backplates and plastic-covered leads.

10.   Electronics:  Most Gibsons use full-sized (quarter-sized) CTS or Gibson branded potentiometers.  Fakes often use the mini (dime-sized) pots, or if they are full-sized, Alpha or some off-brand.

Well folks, there are a lot more differences, particularly when you get into specific models, but this covers most of the common and easy-to-spot red flags.

While I have your undivided attention, let me give you some reasons you should NOT buy a counterfeit Gibson (or any other brand).

1.       They are illegal.  While it is unlikely you will ever get into legal trouble by having one, if customs officials decide to crack open the box to see what’s inside, they will likely seize it if it is counterfeit.  Then there is always the chance that if you sell it, some unscrupulous person will try to sell it as the real deal.  While I personally don’t have a problem with people owning these things, I have a BIG problem if people try to take advantage of others and sell them as the real deal.  Some of the sellers offer customization, including putting your own brand on the headstock.  If you do decide to get one, that’s what I would recommend.

2.       They are no bargain.  I have worked on a number of counterfeits, and none have been up to the same quality as an Epiphone or other major brand budget instrument.  Most need major fret work, some have intonation problems (bridge placed incorrectly), fit and finish is poor, and the pickups, electronics, and other hardware is below par compared to an Epiphone, Agile, or other similar instrument.

3.       You don’t know what you will be getting.  The websites that sell these things will often use pictures of real Gibsons, but of course that’s not what you get.  Think about it… you are buying from a seller that does not respect common business law or ethics, and if things don’t go well, you have no recourse. 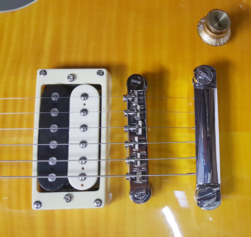 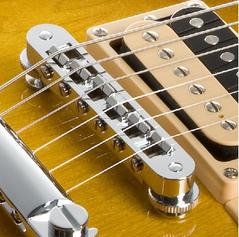 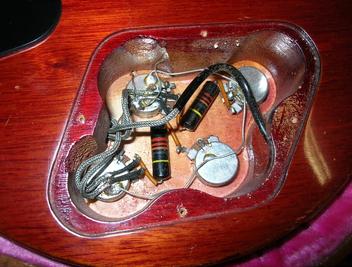