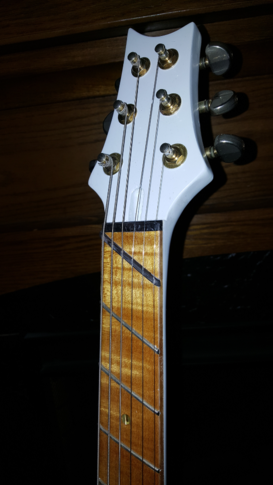 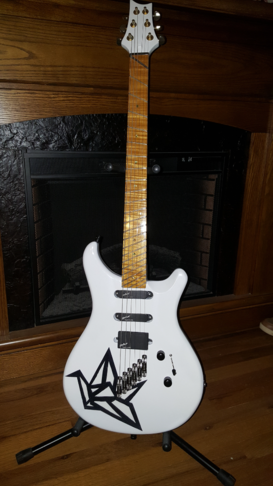 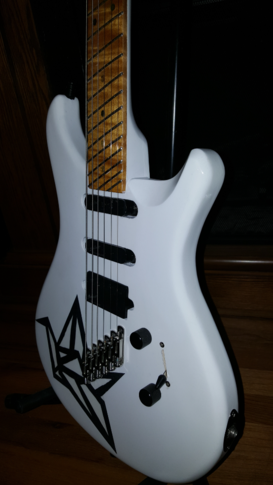 A guy contacted me to ask if I could help with a guitar build project he had started.  He was building a fan-fret guitar.  Now I have heard of fan-fret guitars, even seen pictures, but I've never seen one in person, let alone built one.  He had talked to a couple of other guitar techs, and they didn't have a clue how to even start something like that.  Well, that's the difference between me and the other guys....  a little thing like not having a clue isn't going to stop me!

The advantages of fan-fret guitars (sometimes referred to multi-scale guitars) are better ergonomics (frets follow the natural angle of your hand along the length of the fretboard), more accurate intonation, and more even string tension across the fretboard.

So he brought me what he had started, which included a roughed out body and a extended scale neck that he had purchased and attached a blank curly maple fretboard.  To use his own words, it was "kind of rough."

At first he seemed to mostly want help installing the frets, with him doing a lot of the other work, but the more we got into it, the more he seemed to want to turn over to me.

First thing was to measure and mark the fret slots.  It will have 28.5" scale on the bass side and 25.5" scale on the treble side.  I marked lines 1/8" from the edge along each side of the fretboard where the outer strings will pass.  I have a computer program that calculates the fret spacing using a modified "rule of 18," and  printed out  a sheet for both scales.  I then marked the fret positions for each scale along the lines and connected the bass and treble side marks with a line.

Now the hard part, cutting the fret slots.  I don't have a miter box that adjusts for angle, so I free-handed the cuts.  And since the saw wasn't held securely, the fret slots have a little more slop than usual.  I'll glue the frets in to make sure they will be secure.  I also cut the nut channel.

Next I installed the abalone fret markers and radiused the fretboard to a 16" radius.  Next will come the side markers, then finish the fretboard before installing the frets. 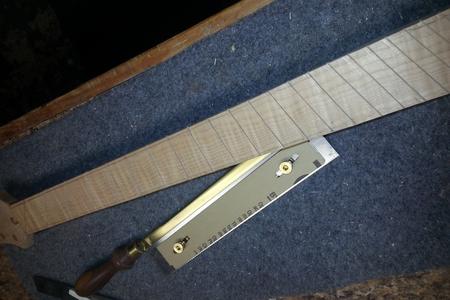 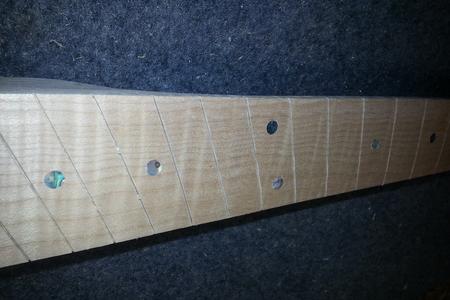 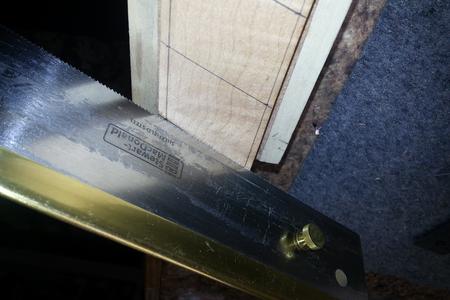 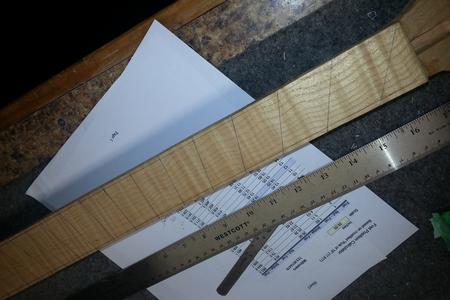 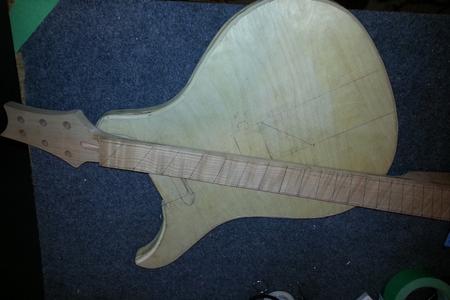 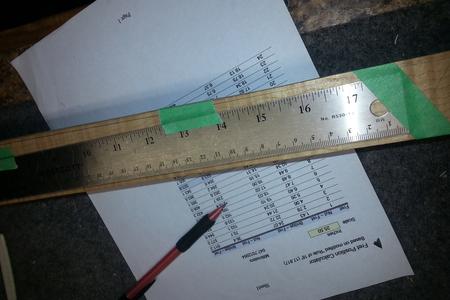 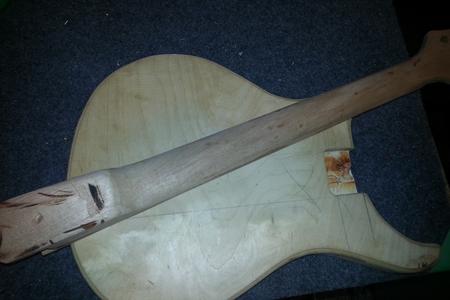